Book Review: The Elegance of the Hedgehog 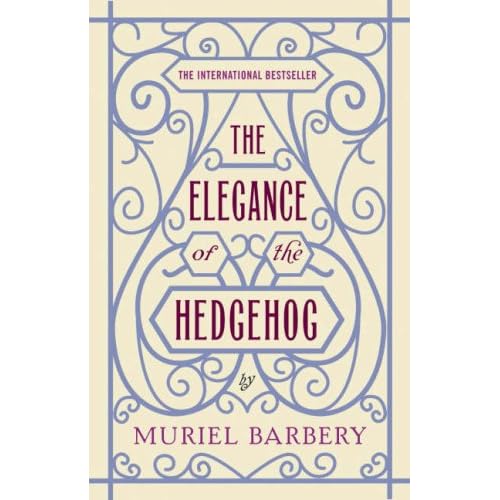 Isn't it great when you are getting to know a new friend and you find a shared love of books?  Over lunch with one such friend, we discovered a shared love of well written and slightly left field novels.  She lent me The Elegance of the Hedgehog and in return I shared  The Art of Racing in the Rain.


I adored the Hedgehog.  Not just because it is French (though I have to admit that helped get me in).  The book is set in Paris and follows the thoughts of two narrators, one an aging concierge who is a closet philosopher and avid reader.  The second a gifted child who sees the world so clearly and harshly, devoid of meaning, that she pledges to kill herself and set alight the extravagant apartment she shares with her family, just before she reaches her 12th birthday.  The child sets her mind to find a reason worthy to justify living in such a world, and only then will she turn from the path she has laid for herself.  In true french writing style, the desire to die is not melancholic, simply a matter of fact and the child's musings on the meaningless world around her often had me laughing out loud.  Her account of the meeting between two of her pompous, wealthy neighbours and their somewhat excitable pooches, had me in stitches.

As the book moves forward the similarities between the two voices - whom we discover live in the same apartment complex and have a love of Japan (the younger is a manga fan, the older loses herself in Japanese movies).  The two voices meet in time and they influence each others lives in a most powerful way.

The book has been translated from french, and reads very well.  Though at times it is a bit hard going.  It is quirky in an Amelie kind of way, and is as frank as it is subtle. This I believe is a beautiful merging of French and Japanese culture, a quietness, a gentle flow, a double meaning.  The concierge at one point finds herself utterly moved by a line from her favourite japanese movie, were the characters reflect on the beauty of a camellia against moss.  The theme of natural beauty and its astounding effects on those in her world draws together sharply and with a sudden-ness that took my breath away at the end.

I am delighted to discover the book has been made into a movie, if you want a spoiler, then you can see the trailer here.

"The Elegance of the Hedgehog" by Muriel Barbery, translated by Alison Anderson.

Why hello there, thanks for commenting!

Lets play by the rules. You are welcome to print my posts for personal use, email, link to or pin them, but please do not republish my content or my photographs without my permission.